Girls' skirt in hand-loom woven cotton fabric is especially suitable for women in late twenties and beyond. Hand-block prints in Indian motifs make them attractive casual apparel. Drawstring at waist adds to their casual look and feel. Urban women in India in the age group twenty five to fifty prefer to wear these skirts in spring and summer. Long cotton skirts have airy feel in summer. 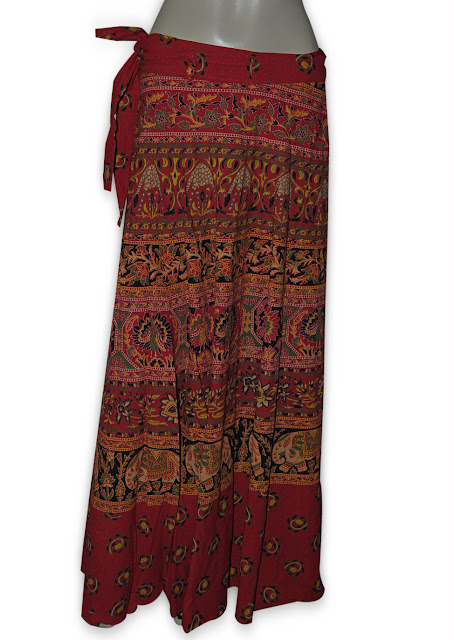 Early Indian literature, speaks of the bhairnivasni, a skirt like garment, which evolved from the antariya, a simple tube shaped garment. This was stitched on one side, gathered and held at the waist by a girdle. Women wore it as a lower garment. It later evolved into a skirt with a drawstring called the ghaghri. The ghaghri was a narrow skirt, made from five and a half meters of fabric, the same length as the original antariya. The skirt in India is known by many different names, depending on the regional style, the most popular, by far, being the ghaghra.It was the flare that made the ghaghra such a sumptuous garment and one so captivating that it was celebrated both in poetry and art. The ghaghra is really a long skirt, which has the construction of a simple gathered skirt or a flared gored skirt. It covers the legs fully or partially, depending on the norms of propriety among different ethnic groups, although a long ghaghra usually relates to more. 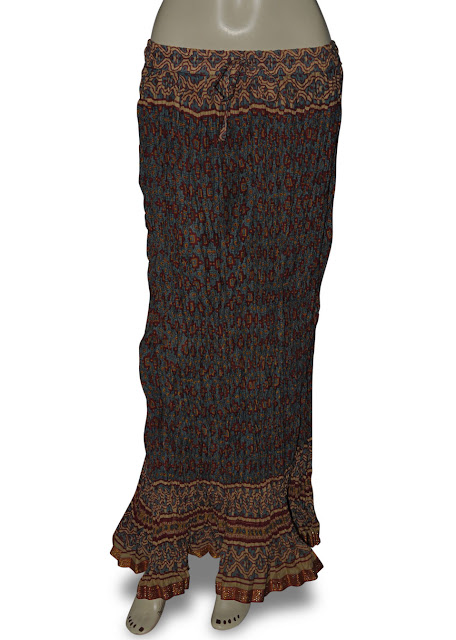