Earrings in Sterling Silver and Gemstone 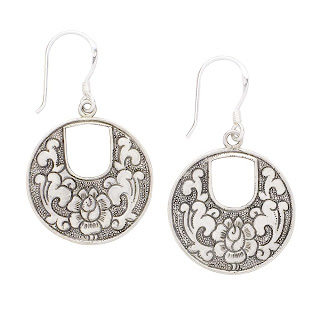 An earring is a piece of jewelry that is worn on the ear. They are worn by both genders, although until recently in western cultures, they were more typically worn by women, but are making a comeback in males. Silver earring in antique and modern designs, has been handmade by artisans of Jaipur in India. Ear ornaments have a very unique place among women in Indian society. However a somewhat less known fact is that their function goes well beyond mere ornament. 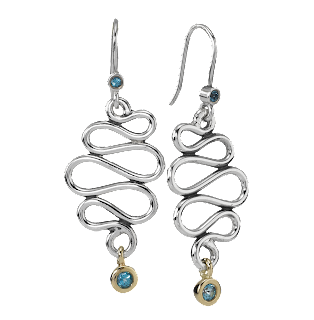 Ear ornaments provide their wearer the benefits of acupressure. Ear ornaments are also deeply connected with amorous play between lovers. Silver is considered to possess the alchemical properties of coolness against that of heat generated by gold. In other words, silver jewelry is supposed to have a cooling effect on the wearer's metabolism, whereas those of gold are believed to heat up the body. Silver jewelry of India reflects an enormous array of techniques, patterns, motifs, as well as beliefs and practices of the micro cultural regions to which they respectively belong. Flowers and foliage, fruits and berries, birds and animals commonly found in the surroundings of each region have been instrumental in providing design inspiration to the local silversmiths.